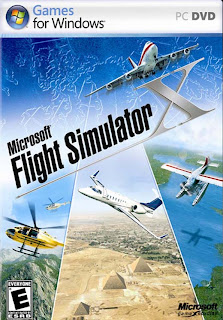 Is Microsoft's iconic Flight Simulator entering a nose down spin?

These hard economic times are taking severe tolls on every aspect of the economy, including gaming. MS FlightSim, a program that has been around for more than a decade may now be a dead end product. Microsoft's 5,000 employee layoff announcement includes all Flight Sim developers. (See article here)

It would be a pity if this valuable, and some would argue historic piece of software were chopped from Microsoft's product line permanently. It has been the impetus behind many people training for and receiving their pilot's license. Back in the 1990's I used it to learn how to navigate via VORTAC signals.

One can only hope FlightSim was just put in a holding pattern.
Posted by RazorsEdge2112 at 12:53 PM