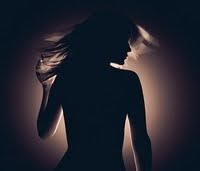 Yes, before I discovered the fairer sex, before my first girlfriend, unknown to my seven year old self, we met. It was a tempestuous first encounter, and all subsequent meetings are as such. She raises something deep and visceral and primal in my soul.

Alas, we have not seen each other in about ten years. I look forward to our next encounter.

Ah, the fairer sex; girls; women. It was a basketball practice at the little Eliza Grade School when I felt the gentle nudge of hormones. Not being terribly athletic, anytime I managed to accomplish a save or score a few points was cause for celebration. We were skins. The ball went wild; a mob of ten boys all around me scrambled to control the sphere. I jumped with all I had through the mob. With one swift flash of my hand, the ball was smacked directly toward our team captain. He went up... SCORE!

After practice, I seem to remember a hug or two from her and a few other girls. She asked me to the Sadie Hawkins picnic the following year. We spent a little time together and perhaps held hands; typical grade school behavior for the time. I was awkward, and still am in the romantic arts. After fifth grade, we were merely friends. 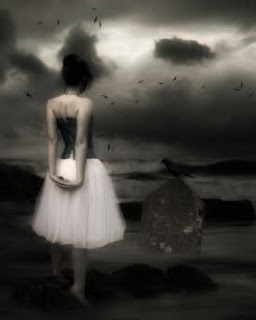 In 1984 or 1985 my fiance and I were driving home from college for a few days of R&R. We round an S-curve not far from our destination and we meet my first girlfriend, my friend, driving the opposite direction. We all wave.

Arriving at our destination a minute later, we get out and start chatting with my fiance's friend. In the distance rose a tall shaft of black smoke near the road we had just been driving.

A grain truck had swerved, out of control on the S-curve. My grade school friend had no where to go; no escape route. They collided head-on. They identified her body by a small tattoo on her foot. May you rest in peace, Tammy.
Posted by RazorsEdge2112 at 6:52 PM