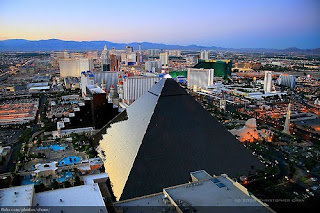 A few people, both on-line and off have asked me, "What's calling?" Well, the answer is quite simple but requires a bit of context. That being the case, I will bore you all with a photo history of yours truly, Razor. It will require several posts, so if you don't wait with baited breath for the answer, who could blame you?

Where am I? Physically, I mean? I live in Las Vegas. The mecca of gambling and nightlife of North America; bright and shining, with no closing time, is certainly not where I grew up.

This isn't always what Las Vegas looked like (believe it or not.) 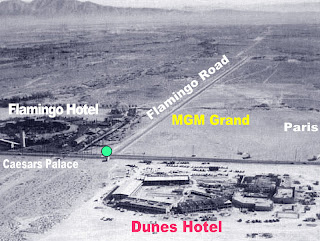 This picture of the Las Vegas Strip, taken in 1951 (courtesy of photosfan.com) shows an early Las Vegas. The Dunes Hotel no longer exists; in it's place is the modern day Bellagio.

But I am getting ahead of myself. 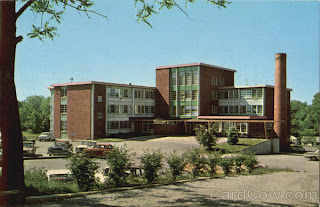 My Mom and Dad met in 1964 and were married early in 1965. She was working at the little rural general store in Eliza,Illinois and he worked the small family farm a few miles away.

I was born in this little hospital on a chilly spring morning in 1966. I was the first born of two brothers and two sisters; five kids in all. (photo courtesy of CardCow)

Initially I was a sick baby. According to doctor's notes, it was something akin to measles and asthma. After a few weeks, as confusing as the illness was to my parents and the doctors, it was gone. Throughout the next five years or so, the asthma would still be a problem. Luckily I grew out of it. 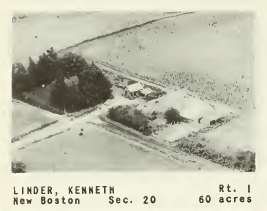 After being medically cleared to go home, my Mom and Dad brought me home, where I would spend the next 17 years of my life.

This 60 acres of rural Illinois fields and woods and streams had been in the family since around 1870. It was my home in all senses of the word.

This aerial photo from 1955 does not do it justice. (Photo from American Aerial County History Series No. 22 by John Drury, published by The Loree Company, Chicago, IL)

I was a typical farm baby. 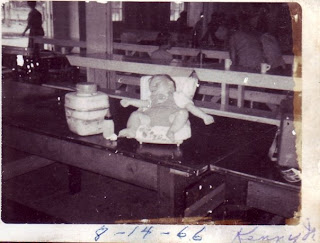 Here I am at my first family reunion, obviously sleeping off whatever home-brew is in the jug next to me.

The outdoors was my friend, showing a natural affinity for the farm and nature. The house was old and not terribly modern. While there was plumbing supplied with water from the well, toilet facilities were out back in a small building. Yes, we had an outhouse and took baths in the back porch. Generally this was not an issue, but Illinois winters proved a bit challenging.

In 1968 the family increased by one; my brother Lem was born. His real name was Charles Lemuel but this was never really accepted. As a matter of fact, to this day he will not even answer to Charles or Charlie or any version of the name. 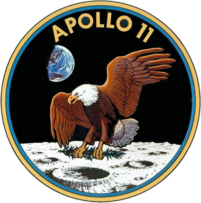 First memories vary for many people. Mine is of the Apollo 11 moon landing on July 16, 1969. The old black and white television crackled with static as it displayed the astronauts exploring the lunar environment. It fascinated this three year old beyond words, and placed a firm fascination of science and exploration into my mind.

Remembering the LEM clawing and screaming against the lunar gravity, bound for home, is a memory I hope will never fade.
Posted by RazorsEdge2112 at 7:48 AM