Homework was never my forte. Sure I received decent grades and could write reports and papers quite well, but homework? ACK! Even though I had been driving a truck since I was 13 or 14, I took my test at 16 like most others my age. My great grandfather had left a Ford Galaxie 500 when he passed. My grandfather sold it to me for $100.

Oh, the memories in that car. On my first date the leftover pizza was accidentally forgotten on the top. Needless to say, pizza boxes do not adhere well to car tops at 50 MPH.

Then there was the time driving home after a snow storm when the lights failed. In the city, this isn't much of a problem. In the country, it is a real challenge to stay on the road. Since they hadn't been plowed yet, there was no visual way to determine whether the car was on the road or not. So, I drove about 20 MPH for eight miles in the dark with no lights, feeling for the edge of the road. The snow was light and fluffy, and as such this technique work acceptably. 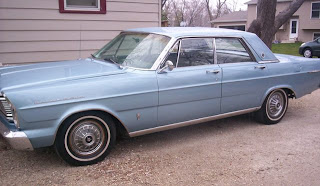 Here she is, a 1964 Ford Galaxie 500. This is just a picture from the interwebs, not actually my car. Surprisingly though, the color is even the same as mine.

Even though she only had a 289 cubic inch engine, I tweaked her enough with a hotter ignition system, glass pack high performance mufflers (twin exhaust pipes, of course) and a larger carburetor. Her rear wheels could spin with the some of the better student vehicles. 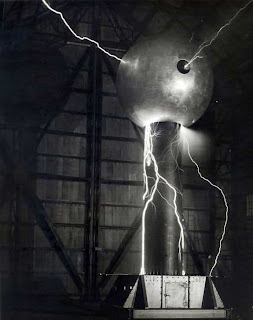 Throughout high school I was the quiet one... The one who studied ham radio and Morse code with the shop teacher. The one who tossed a shot-put out a third story window to measure the acceleration due to gravity (it's 9.8 meters per second squared if you are wondering.) The one who repaired the school's VandeGraff Generator, shocked himself to the floor and said "Oh Fu*#" as the physics teacher stood there trying not to laugh. The one who hung out with the head-banger-Black-Sabbath-loving crowd. OK, there was only four of us.

Even as a high school student, as quiet and passive as I might have been, there was one thing that was not tolerated. Not at all.

Only twice have I ever hit another person (other than my brothers when we were young kids - OH, did we get into trouble with Dad when we fought).

Once after lunch at school an ex-grade school friend started making fun of my girlfriend. She ignored him, I told him to quit it. He ignored me, grabbed my girlfriend's wrists and shoved her against the wall. Without though I grabbed his arm, twisted it around his back. As he turned to face me, his face met with a roundhouse punch.

Another time, another guy, this time it was the heel of my hand to his jaw. He flew back against the wall, I followed, pinned him and after a few choice words, let him go.

Quiet, geeky, unsocial, quirky and a very short fuse for the right match.
Posted by RazorsEdge2112 at 7:25 PM

I myself am quite passive until you mess with a loved one. Not acceptabnle in my book and consequences may follow. Hitting another person is never the right thing but sometimes things get the best of you. A real man can solve issues the right way. Thanks for the post.

I had a 1966 2 door Galaxie with 390 and Air conditioning, Blue on blue , factory duals, very sweet.
Yours must have been a 1965 model probably purchased in late 1964. You know how autos come out half way through the year at dealers. 65 had a bit more squared off fenders, quarters and deck lid and the taillights were a tad different than mine. 1966 had more rounded off fenders but not at all like a 1964 0r 63.
Bet you and I could have packed a couple of pintos in our trunks.

I am enjoying your memory lane trips here.