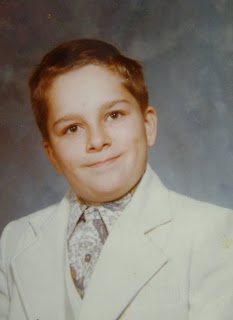 OK, one more post before I go out and give my Harley a tune-up.

There was little time for kid-play now. During the summer I worked for local farmers cutting weeds out of bean fields and putting up hay. I may not have been athletic but I could toss around fifty pound bales of hay with no problem.

Less time was spend in the woods but they were enjoyed more and more. School and taking care of the family were of paramount importance.

While we never touched, my lover occasioned the farm several times. Each time was different. I was awestruck as any adolescent could be.

My grandmother bought me a white suit for my entry into eighth grade. I HATED it but said nothing, thereby not hurting her feelings or disrespecting. I wore it twice that I recall, once on the first day of school and once for class photos. 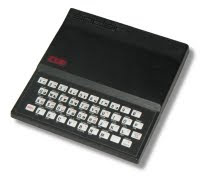 With the money from my farm work, I purchased my first computer, a Sinclair ZX81. For its time, the ZX81 was fairly advanced. It had a Z-80 1 MHz processor with a whole 32 k of ram. Yes, it furthered my geek status and was oh-so fun.

About this time two other events occurred that some blame for the way I am. While running around the farm with some family kids, my head and a very stationary cottonwood tree collided. Even to this day the scar is obvious. 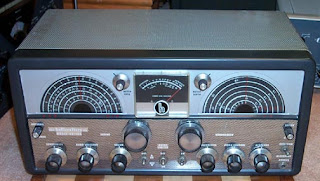 At that time, I was deeply interested in ham radio and shortwave radio. At a local antique/junk store I purchased a Hallicrafters SX-100 shortwave radio receiver. Just north of the farm house was a pig shed set up to be a chicken hatchery. Since my dad had run electricity there for the chick lights, my brother and I used the unused portion of the shed as a club house, complete with heater and radio and chairs and a little black and white television.

One day as a storm came in, I ran to our club house to disconnect the enviable 100 yard or so long antenna from the radio. Just after breaking the connection between aerial and radio, lightning struck the tree at the other end of the antenna wire. The next thing I remember is the smell of burning flesh and my sore back from being thrown to the wall. Part of my right hand was red and pulsing and a little burnt. Luckily the radio was OK.

It was my sophomore year when I met my first real girlfriend, Sharon. Hormones compensated for my social ineptitude and flailing attempts at romance. We spent some good times together in high school and college.

She was smart, quick witted, caring and, might I be so bold to add, had a great body.

We were married after our freshman year in college and divorced about 20 months later. Some portion of this failure can be placed on our collective immaturity. A good portion I fear could be placed on my interpersonal malfunctioning.

And now it is time for something I can grasp - motorcycle wrenching.
Posted by RazorsEdge2112 at 8:35 AM

There were no personal computers when I was in school. Hell a calculator cost $125. My first marriage ended for the same reasons.