It is time to get past college time.

Firstly, just to clear any misconceptions, my first ex and myself still converse occasionally and are on good terms. Honestly, aside from a few infantile, alcohol fueled outbursts as I moved into my own apartment, we have always entertained a friendly relationship. She has two great sons, a good husband and a decent job.

OK... college. After moving into my own apartment, the shell closed. It was comfortable. Work and classwork consumed most of my time.

Honestly, this was likely the healthiest I had ever been. My apartment was in an old building on the town square of Macomb, IL. I owned a little Mercury Bobcat but loaned it to my ex. So, with an average of five miles of walking every day, general exercising was not an issue. I even had 6-pack abs!

After a semester of recovering from the divorce (regardless of how logically reasonable it was, it still hurt), my grades were recovering and reasonable. There were plans rolling around for further education. School was becoming fun again, regardless of my un-social life. 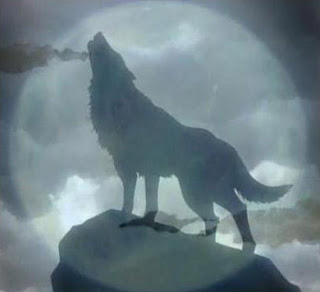 Life was school, playing with what would soon be the internet, extracurricular programming, longingly looking at the female students and planning my further education. Aside from that and the occasional night at local bars, there was no socialization. The life of a 'lone wolf' was satisfying yet left certain voids.

Things were coming together in a somewhat socially dysfunctional way. I still remember my Systems Programming class; a graduate level course that for the most part I slept through. Being conscious through an 8 AM class after working until midnight was not always something easy to accomplish. It was finals week and this class's final was on Thursday; my last final of the semester. The night before was one filled with drinks and semi-social stupidity. 8 AM, still thoroughly buzzed from the night before, head pulsing I took the final and stumbled home. Aced it.

So, with the semester over, grades in good shape, work keeping me busy, my counter-social self started the ball rolling for graduate studies at the University of Wisconsin, Madison. The plan was to take a year off, work with my Grandfather and then enter graduate school to earn my masters degree in Computer Science. Little did I know, these plans would never come to fruition.
Posted by RazorsEdge2112 at 8:34 AM